Tinay the warrior princess is a series build on the ideology that Atlantis survivor escaped through space and established a colony with 7 different guilds. Each guild procures a service that is much needed for the colonies survival. Each guild was created equal and was filled with the best students no matter where they came from. The queen Paletis decided that some jobs were better then other and instead of guilds she established each section as CASTs which meant that some were better then other. The cast could not mix and if you were born a farmer a farmer you would stay, unless of course your parents are willing to pay an enormous tax to the queen to bring you up a cast.

At their head was the Imperial Queen Paletis. Then followed her second husband Tameris and her son Titlis. From her first husband she birthed sons and daughters that she used in her military operations. They contributed little but for their greed, corruption and misdeed. Her legacy was to topple a balance society, create a poison, and eliminate justice and decimate fairies and Mejis after she murdered her co-ruler.

After the Queen, those of the royal court are called Prince and Princess. Then there are Dukeand duchess, MArque and Marchionese, Count and Countess,Barons and Baroness, knights and Dames and finally there are Lord and Lady

The administrators were important in the past to distribute the goods and see to the care of all guilds was looked after. After they started to live on different planets, the administrator traveled from one planet to another from Isis, in order to keep each community administered equally. The law and administration of justice was, first and foremost, dealt with by the administrator at an equal measure throughout the galaxy. Once a year would convene at the council on Ara to update their files and report any problems. The council was able to keep in touch telepathically and, therefore, if an emergency arose there was no delay in gathering. Now, Everyone reports to them, justice is administered by the queen or her delegate and rarely reflects transparency and fairness. Their 7 years training are 1) Business essentials and operation management2) Mathematics, accounting and Statistics 3) Reading and writting skills 4) Human Ressources and organizational behavior 5) Law, labour economic 6) Consumer services 7) Banking, Finance, book keeping. Their titles are 1)Clerk 2)Supervisor 3)Manager 4) Executives 5) Chairman 6)CEO 7)Administrator

The guild of Merchant is hosted on Os, most merchants have a foot hold on OS preferring to stay close to the ports to negotiate deals and where everything can be traded over a nice meal, and it is not uncommon for experienced merchant who weighed 300 pounds or more. The merchants by the nature of their profession travel since the planet does come to a halt during monsoon seasons, the merchants utilize that time to deliver their orders and collect more. The planet gets covered in storm clouds and is practically unliveable for a few months of the year, still, it remains the favorite of the merchants. Some think that it probably reminds them of their ancestors sailing the seas in days of old. Os had their Guild Sport, custom, attire and loose morals. The beach and the heat making it easy to wear little clothes and somehow enhance sex drives. Their 7 years training are 1)Law and Ledearship 2) Micro and macro Investment 3)Sales 4)Import/Export; Wholesale and retail 5) Marketing, communication, research. 6)Cost/profit and data analysis 7) Entrepeneurship (develop project and manage it) Production/human ressource.Their ranks are: 1)Apprentice 2) Journeyman 3)Sales Person 4)Mates 5) Associate 6)Entrepreneur 7)Master Tradesman

They created the beauty and the art for rest of the communities. Atlantis had once been a great civilization, devoted to beauty, art and science. Each temple required a year to complete, and once the training was done, they were free to choose where their work was most suited and where it would reward the public most. They also chose which medium suited them the best. Any children called to apprentice in the arts would go to the temple of Ardel. Their calling were confirmed by the ancestor, Each guild taught them and benefited from their art. In Galgamel, the art became fluid. At Ecumel to learn how to find beauty even in necessity. Anamel was the most rewarding place where their service was used to brighten the morale of the sickby giving their creation to the patients or decorated the healing room. In Landel, the door to the galaxy, they saw firsthand the wonders from other worlds and helped to make better communication by inspiring guests to feel welcomed. In Manerv, they work with stones, gems and metals to create jewelry and ornaments. They finished at Zuel to demonstrate their passion with one final piece. Their titles are 1)Apprentice 2) Journeman 3) Practionner4)Project Leader 5) Acredited 6)Certified 7)MAster Craftsman 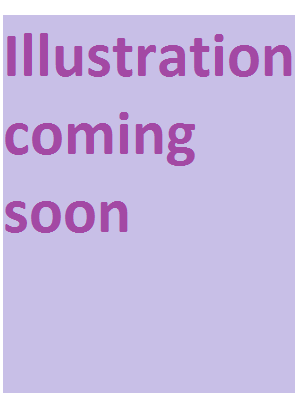 The Imperial guard is divided on 3 different type of Organisation: Army, Navy and Aviation. This is a new cast created by the Queen to maintain order and security. Each division is divided in 7 ranks.

This caste was slowly becoming extinct; Paletis has eliminated many of the elders who had refused to cooperate with her and her plans to build new space ships. This guild includes the engineers, architects, mechanics and inventors. They were called the Guild of Us. They worked closely with the miners and were independent of each other for their basic need for material. They were often called to service other planets, most often researching the capabilities of new metals which had been found. They were given a ship and were based out of Os. The cast is now in the employ of the Queen, trying to build ships and employed at research and medical centers. Us does not have a sport per say since they prefer to exercise their "mind" muscle. Their 7 years training are 1) Energy: Electrical,Chemical, Water, environment 2)Robotics and Computer technology 3) telecommunication 4) Mechanical/Aerospatial/ Transportation 5)Physics and Mathematics 6) Industrial 7)Biomedical. Their ranks are: 1)Aerospace Tech 2) Pilot 3)Commander 4)Lieutenent 5) Captain 6)Brigadier 7)Admiral

Apprenticing is divided by the seasons,they study each plant from a seedlings through its life cycle. They learn how to harvest their products and store them in a suitable facility for food, seeds, and transport to other planets. Each winter they settle and learn how to play a musical instrument of their choice. They are consideredFarmhand for the first 4 years. First year, learn about grains and cereals. The second year is devoted to vegetables and fruits. The third year is devoted to animals like horses, cows, pigs, and chickens and wild game. The fourth year is dedicated to growing spices and herbs. The fifth year, They are Rangers and they replant forests. The sixth year, they are Registered Farmers and they devote it to growing flowers. Thefinal year's project is to build a garden for a retired member of society. This was to be functional and yet beautiful, once successful they can be owners. The Order places a great deal of importance on beauty in the life of its citizens and it is important for people to grow surrounded by beauty. Through all this time, they learn to hunt and feed themself. Essay had their Guild Sport, their attire functional and display traditional morals. Farmers like miners have a hard life.

The guild of miners, named El, was composed of nomads that traveled from planet to planet, scavenging what metals they could find to help rebuild Atlantis. They had their own space station orbiting Os, but never settled anywhere until the exile from Sasgorg. In payment for their sacrifice, they were given the privilege to live where they chose after their life commitment was complete. Miners who much prefer the height of the trees then the simple life of the level earth. Some say it's because of the creatures that roam the earth, others because after being deprived of the stars they wanted to live as close to them as possible. Miners are agile and seem to have no fear of heights, depth or much anything else. Their 7 years training are 1)Safety, tunnelling and equipment 2)Mining technique surface and underground; Geology elements, gems, stones, semi-precious 3)Geography, Cave exploration, map reading and excavation 4) Analysis, profit and potential mining development and life cycle 5)Mine crude mineral, metal 6)Mine finer elements as stones, gems 7)Cut Gem and stones. Their ranks are: 1)Labor production 2) Geological Survel 3)logistics 4)Transporter 5) Manager Ressource 6)Analyst 7)Advisor.